Living in Switzerland I have long been looking for a “go-to” spot for windsurfing. I’d been to Corsica and had a few sessions there but for some reason, it just didn’t quite gel with me (yet). Then a few years ago I saw a photograph on social media of Kauli Seadi boosting an aerial over a huge section of a perfect starboard tack down the line reef break. Thinking this must be somewhere like the Mentawais I was surprised to find out that it was in fact Sardinia!

After a little research, I discovered the spot smack bang in the middle of Sardinia’s west coast. With a bit more time online I discovered that getting to Sardinia from Switzerland was surprisingly easy… With that, I decided it was time to pack my car and take a road trip to find out what Sardinia is all about. I’ve now been back four times and know that I will definitely go back again. Sardinia offers a wide variety of conditions in beautiful surroundings with a reasonable infrastructure in a location that is surprisingly easy to get to from Central Europe

I generally opt to drive to Sardinia for a number of reasons. It’s only a 5-hour drive (from Zurich) to Genoa where there is an overnight ferry directly to Sardinia. If you take the ferry at 8 pm you arrive well rested in Sardinia at 8 am the next morning. After boarding the ferry there is time to eat something get a good nights sleep and wake up the next morning ready to go. For me, that counts as only 5 hours of effective travel time to get there. There is no time lost picking up a rental car, no airport security and no long check-in lines. In general a much more relaxed travel experience. I can get off the ferry having had a good night’s sleep and go straight to my spot of choice.

The ferries have also (so far) proved to be very uncomplicated to book. I usually book my ferry last minute to the port which is closest to where I want to sail on the first day. Porto Torres for anywhere North, West or South or Olbia for the North East.

Sardinia is an island of about 210km long and 110km width with a coastline of 1849km and many beautiful beaches. The climate is Mediterranean so even in winter it is reasonably mild and sitting in the middle of the Med it tends to experience most of the usual winds of the region from Mistral to Scirocco to Tramontana.

Many people think immediately of Porto Pollo when they think about wind or kitesurfing in Sardinia. While this location does benefit from strong winds funnelling through the Straits of Bonifacio, I find Porto Pollo to be overcrowded and quite clichéd. Add that to parking difficulties, attitude, crowds and the last time I was there theft from parked cars it is definitely a spot I tend to avoid when visiting Sardinia.

Below I will attempt to list just a small few of the potential wind and kitesurfing spots on the island. This list barely touches the surface of the spots which can be sailed on Sardinia. There are many more spots in between these locations which in certain conditions would deserve a mention. The Kite and Windsurfing Guide of Europe can be a great starting point for discovering the island. But, we’ve also sailed a number of places not listed in the book and had some fun sessions.

Porto Liscia: This spot is Windsurfing only but offers similar conditions to Porto Pollo although sometimes can be less crowded. Works in Easterly and Westerly winds and in my experience had pretty flat water.

La Maddalena: This is an island (along with Caprera) which can be reached by ferry from Palau. There are a few places on the island that can provide the possibility to launch depending on wind direction. During high season be aware that many beaches have buoyed off swimming areas which should be respected. Having said that if you look around you may get a chance to get on the water without any crowds.

Rena Majore: Rena Majore works best in a Northerly wind after a few days of Mistral have sent waves into the bay. I’ve tried to sail here in North Westerly winds hoping to get enough angle to get out but found it too onshore. It’s a beautiful beach with stunning surroundings, but difficult to get good wave conditions. In my experience a more bump and jump location than a wave spot.

La Ciacca: This spot works best in a Westerly wind which brings port tack side shore conditions. There are reefs on both sides of the beach which can pick up quite small waves even with just windswell. If there are any waves running there is quite a strong current here so you should be quite sure in your launching and coming back to the same spot. Launching a kite here is difficult but not impossible. On a good day expect to see a large number of windsurfers on the water.

Platomona: Platamona is a long beach to the east of Porto Torres. It should work quite well in easterly or westerly winds, but as soon as there is any swell running the currents are quite strong and the wave period is very small. Getting out requires a reasonable amount of power and some good timing.

Stintino: La Pelosa beach sticks far out to the north and gets strong easterlies that do may not make it the whole way into Platamona. The wind is almost directly onshore at the launch. But, once you get into the lee of Isola Piana the water is a little flatter. If you get upwind from the beach at La Pelosa (or from the windsurf centre) you will find nice bump and jump conditions. Further out just to the south-west of the Island there is a small breaking wave, but the wind is directly onshore with respect to the wave.

Alghero: In a southerly wind Alghero can become a great wave spot. The lighthouse directly out from the main beach has a reef extending off the north end. With a decent swell and a strong southerly wind, this can offer some really nice down the line wave riding. It works best if there is some time for the swell to become organised, otherwise, the sections are scrappy and do not link together well. But, with the right conditions, it can be a perfect down the line port tack reef break. With North Westerly winds Alghero can also be quite a good freeride spot.

Funtana Meiga: With northerly winds, Funtana Meiga can provide really nice starboard tack side-shore conditions with some great wave riding. There is a current running which can make it difficult to get going on the way out unless you rig big. The launch is relatively small and the coast to either side is rocky with many sea urchins so getting back to the same spot is a skill that is quite important. The wave is not super hardcore though so definitely a fun place to go for a wave session.

Porto Botte: Porto Botte is a nice freeride spot in Northerly or North Westerly winds. The water here is relatively sheltered from the island at St. Atioco which keeps the waves from breaking here. When it is lighter, it is possible to go out to the northern end of the bay where it is a little less sheltered. But, be careful if the wind is fickle! We’ve had a long swim from here when the wind suddenly dropped and veered more offshore.

Chia: Chia can be an amazing wave spot in Northerly or Southerly/Southwesterly winds. It’s exposed location can make it quite dodgy though (especially in northerly winds). When it’s side offshore with a swell running it can provide super clean waves for down the line wave riding.

This is by no means meant to be an exhaustive list, but it is hopefully enough to whet your appetite and make you think about exploring the island if you do decide to head to Sardinia. In all the trips we’ve had there we’ve truly started to fall in love with the Island. The scenery is stunning, the climate is mild, there are reasonably consistent winds and loads of beaches to work in any wind direction. Furthermore, it is possible to travel there easily on a weather forecast from Central Europe. My advice is to get your kit together and go explore.

The scenic bays in Sardinia are perfect to explore with a SUP board and sometimes you will even find good waves for surfing. We’ve also experienced some nice mountain biking on the island so definitely a place to bring more than just your wind/kitesurfing gear if you plan on making the trip.

The best time to go to Sardinia, in my opinion, is out of the main season. During the summer months, the beaches tend to be incredibly crowded, and traffic on the island can be quite heavy. The volume of people and traffic will make getting to spots with your gear quite difficult. In Spring and Autumn, there are a lot fewer people and it’s possible to find really nice spots all for yourself.

Sardinia is a beautiful island exposed to most of the winds that are prevalent in the Mediterranean. Off-season hotels can be quite cheap and the island is largely uncrowded which makes it a really nice place for an off-season wind or kitesurf trip. Wannabe Watersports visits Sardinia regularly, feel free to contact us for more information 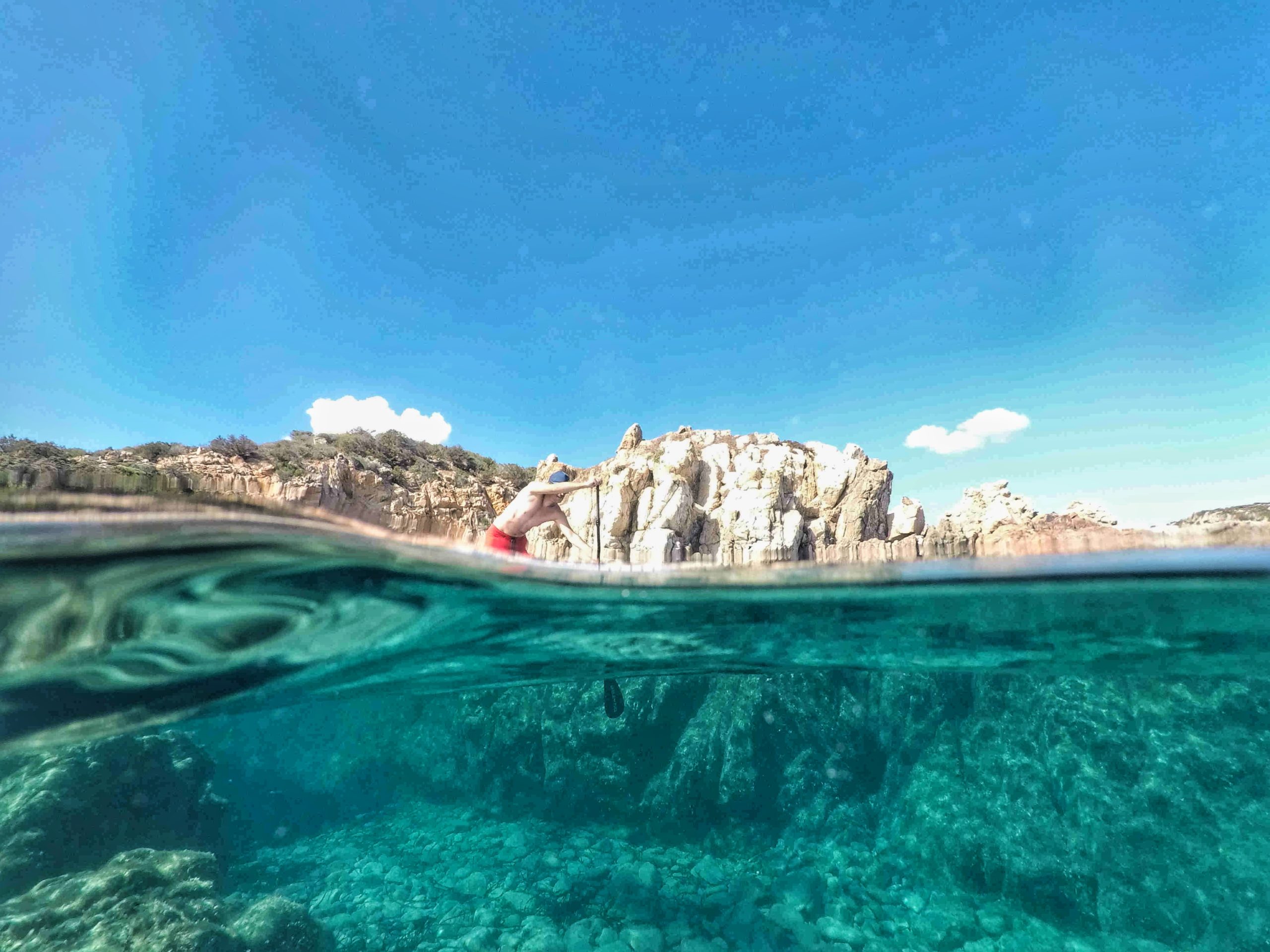 Everyone likes to get great holiday snaps, but sometimes it’s nice to get something a bit different. Technology advancements now mean that the kind of photographs previously only possible by professional photographers are now achievable Read more…