Everyone likes to get great holiday snaps, but sometimes it’s nice to get something a bit different. Technology advancements now mean that the kind of photographs previously only possible by professional photographers are now achievable by the average person.

The GoPole Dome is a simple product that can provide stunning photos if you are willing to take a little time and effort to figure it out. I recently purchased one before going on holidays in the hope of taking some memorable holiday snaps. The dome is a Plexiglas half sphere which mounts a GoPro camera at a distance from the Plexiglas screen. This allows you to capture over/under photographs while taking part in watersports.

Before using the dome I did online research to try and figure out how best to utilise it. In the end, I discovered a lot of techniques I tried based on online advice did not provide the desired results. However, with a bit of trial and error, I did get some shots I was happy with, but ultimately there is still a lot of luck involved.

Mounting the camera, The camera clamps securely into a Frame at the back of the dome. The clamping force pushes the camera into the dome providing a seal to ensure that no water gets into the device. I also used a GoPole Bobber floating mount to attach to the dome and make it easy to point and shoot when out in the water.

When everything is assembled the system feels quite firm. First impressions in the water were positive except that with lots of sunlight it is not easy to see the screen. This is not a huge problem as the screen is obscured by water when taking over/under pictures anyway.

A few of the tips I read online suggested trying to shoot at an angle either up or down to do 70/30 style images, but when we tried doing this it was almost impossible to frame the pictures in the desired way. We found it easier to do 50/50 images for a few reasons. Firstly, it’s easier to frame something either over or underwater (while still having scenery above the surface in the frame. Secondly, due to water usually not being glassy flat it was easier to salvage something out of pictures when a piece of chop washed across the dome.

Drops on the globe can be quite unwanted when shooting in rougher water or once the dome has been fully submerged at any point. We found that by briefly spitting on the globe and rubbing it in and then dunking the dome in the water immediately before taking a photo created the best pictures.

Once you take pictures, you need to be quite careful not to let water into the dome as usually there will be some dripping once the seal between the camera and the dome is broken.

We also noticed that the dome itself is quite easy to scratch. I inadvertently touched the dome with a SUP paddle so gently that I didn’t even notice doing it and there was a quite noticeable scratch on the lens right in the frame. It’s quite important to protect the Dome it might not be a bad idea to maybe make a water case for the dome out of an old wetsuit.

One other issue we noticed when experimenting with the dome is that when shooting side on to the sun the image can be backlit causing a reflection of the back of the dome in the picture you take. It’s best to position yourself to shoot down sun if at all possible when using the dome.

A great piece of equipment which compliments a GoPro allowing you to take pictures that only a few years ago would have required some very expensive equipment to shoot. Somewhat delicate but well worth the money. 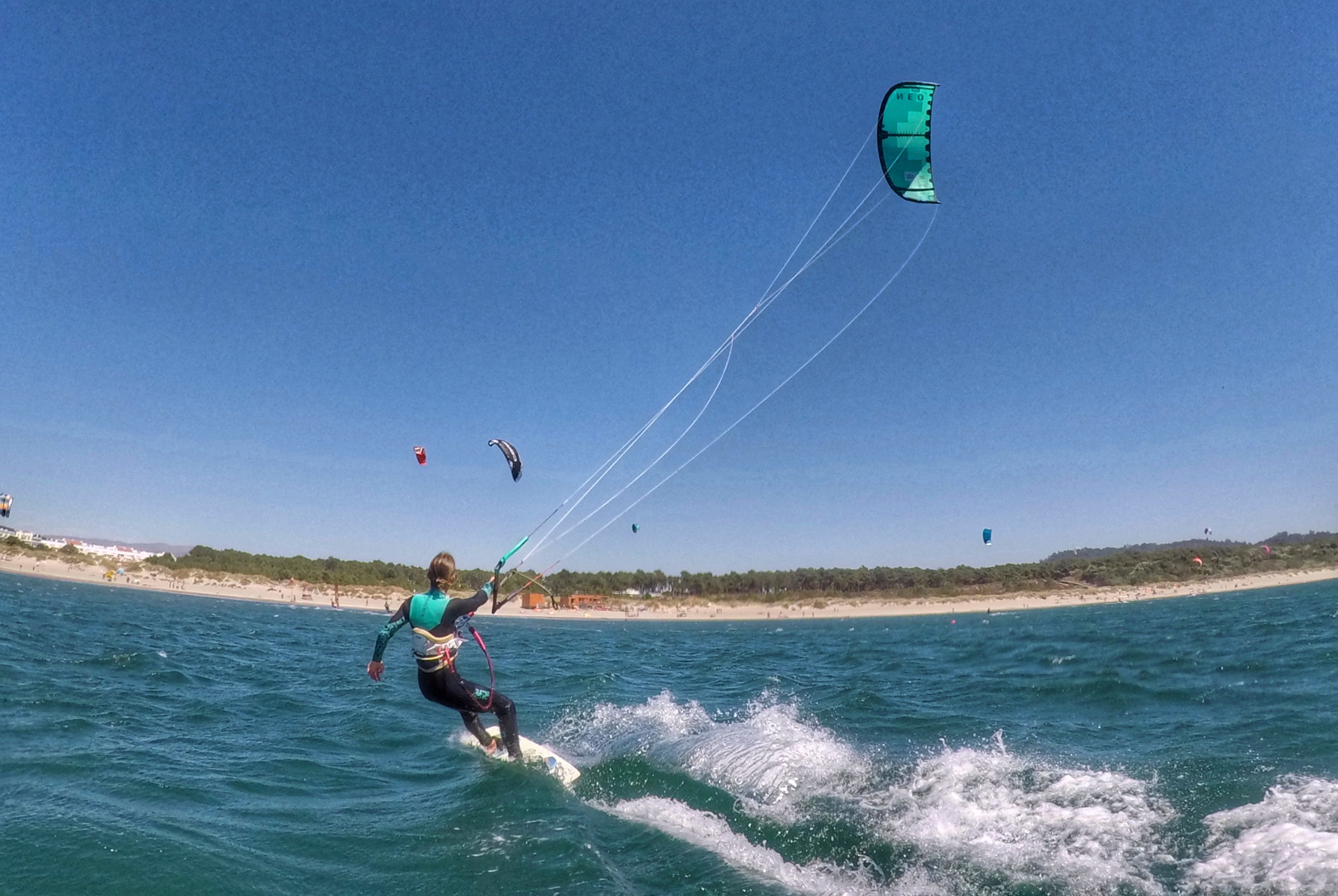 With a window for a holiday coming up I tend to spend a lot of time looking at Windguru or Windy to try and figure out where the best place to go will be. In Read more…